From The Archives! Original First Articles – Between Us Only! March 2003!

From The Book – Short Takes – Between Us Only! – By Majid Al Suleimany

This is how it all started ….!

It is all part of the customs, traditions, heritage – long time ages ago our forefathers used to do the same thing – the rest of us just continue to do what was handed down to us in generations. Who are we to ask why? Is the fear of being ostracised not enough to put us in our place to continue the customs and traditions. Being social outcasts?

What has got modernity or ‘new ways of doing things’ got to do with it? Are our values and things that we hold dear to us not enough to keep us in our place and continue to do what was required of us? What was expected of us? And who are you to question – you one single person to ‘rock the whole boat’. So what if the others are doing it differently – we are not they, and they are not we – so just do as you are told? End of subject! Period! Finito!

The old man came trudging and painstakingly in. He moved in slow steady measured steps. What if he was holding all the others behind him? Was he not an elder who deserved respect and esteem to be followed quietly behind?

Like all normal funeral congregations, everybody had stood up as soon as the old man came in. Was he with the others who came in? Or was he just alone – wanted to do his bit too in the social customs and habits to offer his condolences also to the bereaved family?

Sometimes in these congregations, you wish somebody would turn up, so you can get the ‘excuse’ to get up and stretch your legs, after squatting on the floor for ages, with numb still legs. How do those from the villages manage it? They sit down, cross-legged for hours! Getting up is no problem – it comes up naturally and quickly. Like waking up in the morning and brushing your teeth! Anyway we the ‘towners are modern, are put to the test’ now and then when such gatherings are there. No dispute – the funerals are the worst types!

A joke a friend of mine had made. What if someone had invented a machine, a tool etc. You press the button or switch; there it will make you get up quickly, with no hassle or hesitation. Would that not sell well in the community?

Forget about the guy – his other ‘invention was to make disposable plastic coffee cups (the small ones served for Arabic Coffee) Why should 4 of 5 (or sometimes even more) people drink from the same cup – waiting till others have finished. With all these diseases around (Aids, Cancers etc) do we want to drink coffee from the same cup 4 others or more have drink from? Why at least not wash it as we go along?

No wonder his friends tease him – they call him the ‘European’ man, his outlook and views are more ‘foreign’ than ‘local’. So what if he had stayed years and years abroad – have not some of us done the same? But did we change? No, perhaps only in little places – like using plates for each one – instead of one big tray of Biriyani meat dish to be spoilt – eaten by only four or five guests (the worst is when there is plain rice and curry – favourite is kingfish curry! The rice just floats in the curry! )

Anyway back to the old man!

Usually the bereaved family (Senior ones at least) sit in one centre place. Their places near about are reserved for the VIPs – The big cats, the big fish, call them what you want. My late father (PBUH) always said – ‘no one kisses your hand unless you have money or power – have you seen anyone kiss the hand of a poor man or beggar (unless he was the parent?) My late father had a word for everything. His theory was if the person was not rich and famous, then the only reason, was the man has spiked his hand with honey! What other reason? To kiss that hand?

The other family members get scattered in different places. Few people visit know all the members – unless they are close to them. Usually one knows one or two of the family. You visit (and make a point to get noted and to be noticed) that Khalid or Ali knew you came and he saw you too!

Anyway, this old man had reached my place. As I looked at him, sweating and trudging along, my humane impulse was to hug the old man. Tell him ‘Sir, your journey is over – no need to tax or burden yourself any further to finish the line of congregation. You can rest here now by me (or perhaps those in the beginning of the line felt the same but did nothing?)

I tried that once in another mosque. The old man there had pushed me rudely aside – ‘excuse me’, he said, are you my son? Do I know you? Full of red embarrassment no words came out, but politeness reigned in – the others near pretended nothing had happened, and continued normally! This time I said to myself – M no more heroics’ – keep to your place, keep your distance.

Ten minutes later I wished I had let the subconscious me had taken over. No that it would make any difference, at least for my conscience! What is written is written! It is all fatalistic outlook and believing and in thinking. Nothing you say or do can change anything. Finito! Period! End of discussions! It is written man, are you not a believer?

The old man went around, making sure he had paid his respects to everyone. The whole mass of people respectfully following behind. He then moved near some peoples he knew.

Then it happened! 5 days ago my good sister had sent me an e-mail – How to survive a Heart Attack. Where was she, not to send it to me earlier – before this poor old man collapsed with a heart attack?

I though I had gone for a Basic First Aid course (OK certificate, expired, so what?) “Any doctors around? The shout went out. Any nurse? Any First Aiders (why are you quiet M? – Panic man – had forgotten – what does one do in a heart attack? ‘Kiss of life’ or pump the heart? Or was it both? Or what?

Some good men came in – please give him some air, do not gather close to him. Then they carried him off to the hospital in one Good Samaritan’s car (Toyota Prado) – M – I though you had a Dodge Durango – a bigger car, what happened to you? – Please leave me alone, a thin voice says – I am feeling guilty and bad about this whole episode and incident. Just leave me alone for now!

To make it worse my ex-Manager, before I took my retirement, was with me. Good
Good thing I did not say it – I had the First Aid Certificate, but in the real test had failed to use it. Got pretty scared. Feeling all bad about it. I am dead sorry!

The mood in the congregation hit a bombshell ten minutes later.

The old man – he died on the way to the hospital. He never regained conscience. I do not know even his actual name, but I guess that He was a Hero – he had finished greeting the whole congregation, but at the cost of his life Or as my Manager feeling my guilt told me – it is all written – he was to go this way – nothing to feel bad about it (as if he had read my mind – but I guess he knows M – “you have ruined your career prospects by caring too much for people – a people’s person you are”. I guess he felt no need for lectures now, anyway I have retired and gone, flew away from the nest!

Poor old man! May Allah keep you in eternal peace – Amin. You are a hero, you sacrificed your life for your belief, for your customs, heritage and culture. He had come to offer his condolences to the mosque – next day others were coming to the mosque to offer theirs instead to the old man’s family.

I had the opportunity to tell my ex-Manager boss – see boss, this is the end of us all, it is what goodness and good deeds you do that people will remember you.

Instead I said nothing. He too said nothing. There was a ‘telepathy agreement’ to say nothing to each other. Perhaps he knew what I was thinking, and I knew what he was thinking. Sometimes best words are those ‘bonded’ by saying nothing. An opportunity came to impress my old boss, but I simply did nothing. As they say Opportunity comes only once, or strike whilst the iron is still hot!

May Allah SWT will feel pity on this brave heroic act of the old man and reward him accordingly. One can only hope and pray – Amin. 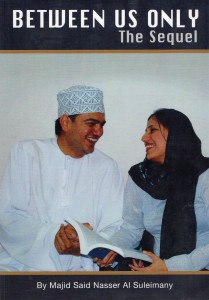 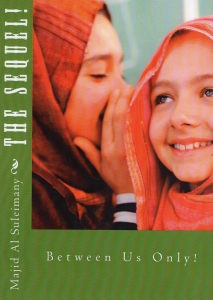 A daily selection of the best content published on WordPress, collected for you by humans who love to read.

The best longform stories on the web

The Art and Craft of Blogging

The latest news on WordPress.com and the WordPress community.